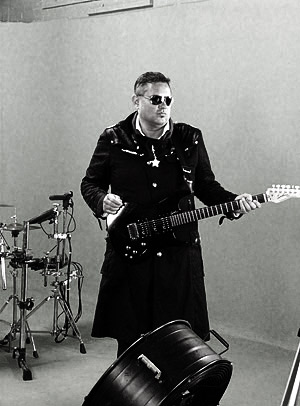 Fabian (or Fabes, as he is often referred to by the other guys in the band) has played guitar since a young age and has been performing in bands since his school days,

In the mid 90’s after leaving EMI signed Soul band Fekisha, Fabian with cousin Darren Scurville and good friend Barrie Hayes (both from Fekisha) decided, just for a bit of fun, to put together a 70’s soul funk band after a resurgence in the genre at the time.‘Earth Wind for Hire’ was born and took off to become the UK’s No.1 70’s Soul Funk band.

Earth Wind for Hire went on over the decade to the present day to dominate the genre, they have performed everywhere from shows in London’s west end to being asked to perform at Glastonbury 2004.  Shortly after Glastonbury Fabian left the band to pursue other business interests, but missed the fun of performing with the band so much he that he had to rejoin a few years later. He is again fully active with evolving Earth Wind for Hire and maintaining their reputation as the top guys in the business.

Back to “THE BAND”